The installation consists of a slide projector that projects the image of the Sun onto the surface of a liquid crystal display panel, and an electronic unit controlling them. Approaching the LCD panel will result in an error signal in the form of dark, vibrating streaks. The pattern becomes increasingly dense to the point that the image of the Sun becomes entire blotted out by blackness.

The panel is suspended into the space from ceiling, and underneath it, set on a pedestal, is the control unit and sensor. Since the projected side of the panel is bright, a reflected image appears around the slide projector; in sync, the source image, united with the projection of the transilluminated panel, appears on the opposite side. Consequently, by creating a digital solar eclipse, the play of shadow and light can not only be seen on the suspended glass panel, but also on the wall. The visuals are complemented by sounds consisting of the same generated frequencies as the ‘errors’, which accompany the emerging image.

In the installation, the image is rendered by two entirely different media, united in a single layer. The immense detail of the analogous slide meets the countable resolution of the digital matrix grid. The LCD panel is not controlled by the usual interface, but rather, by bypassing it and directly activating the circuits controlling the liquid crystals. This way, what we see is not a preconfigured image, but the outcome of an experimentation process. The shadow patterns appear, activating various points of the controlling circuit. These patterns are errors whit respect to the monitor’s function; however, in this case it is these very error signals that convey the work’s main message. 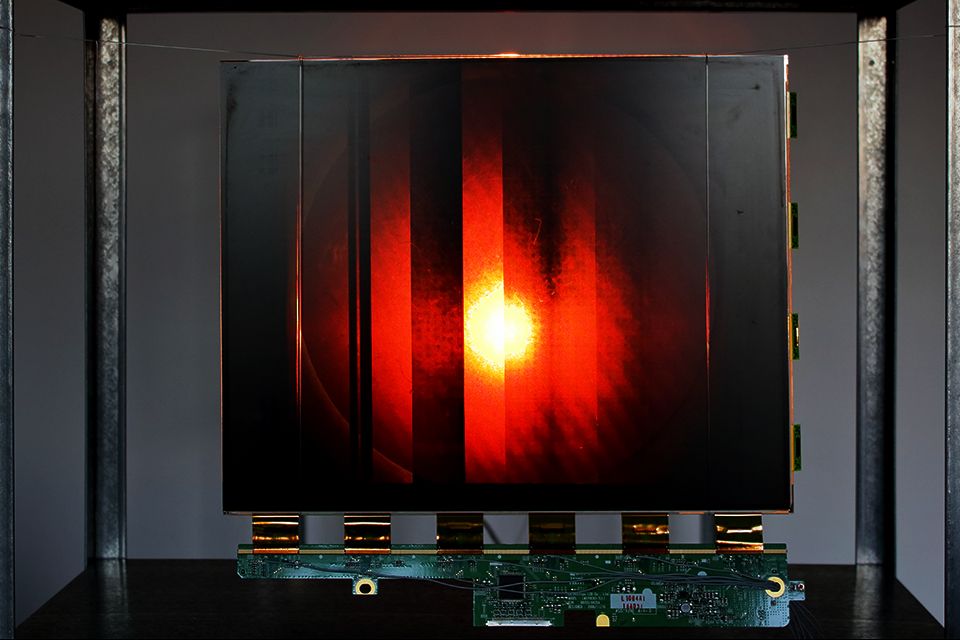 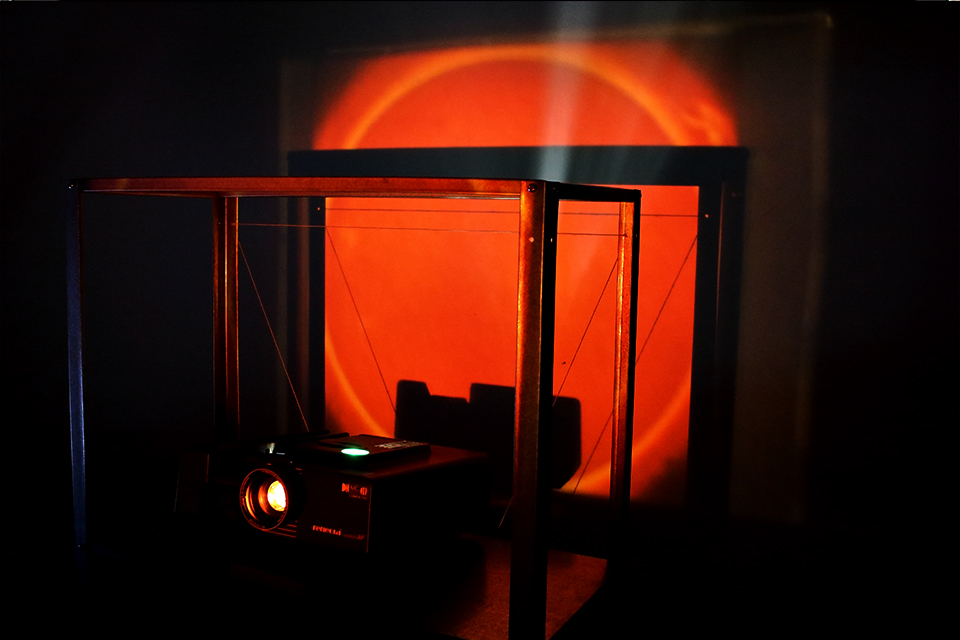 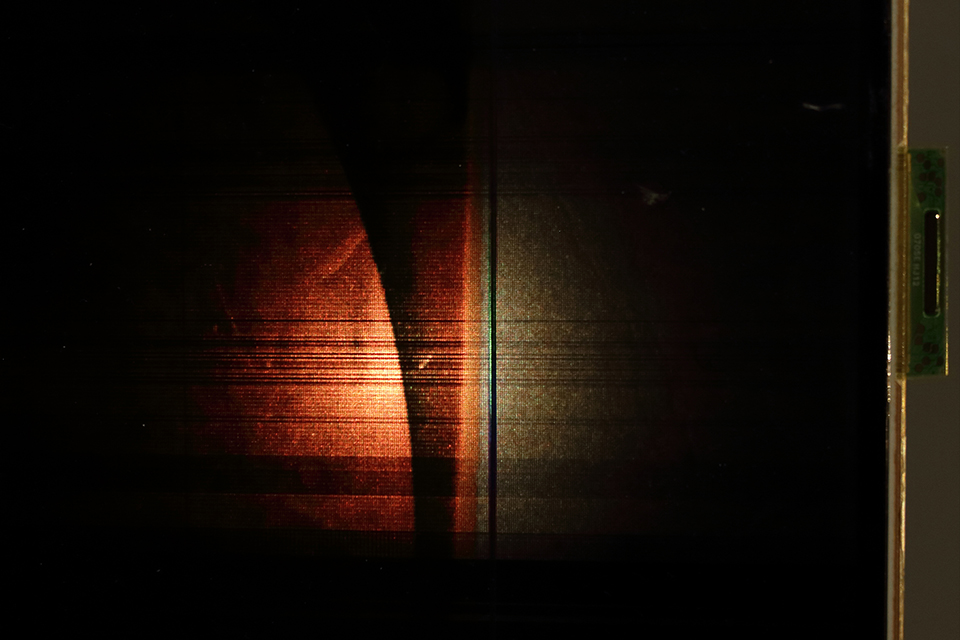 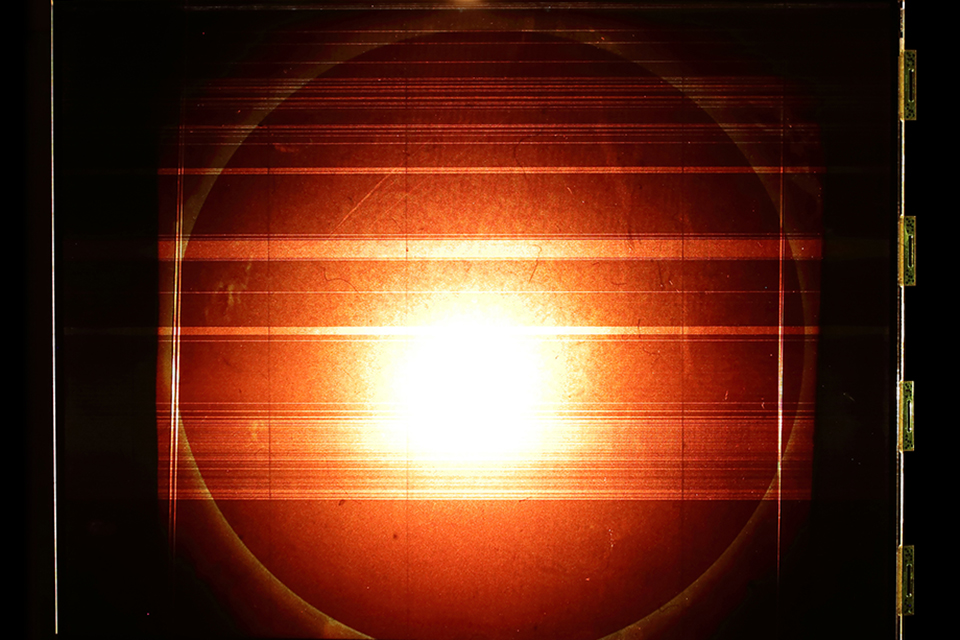 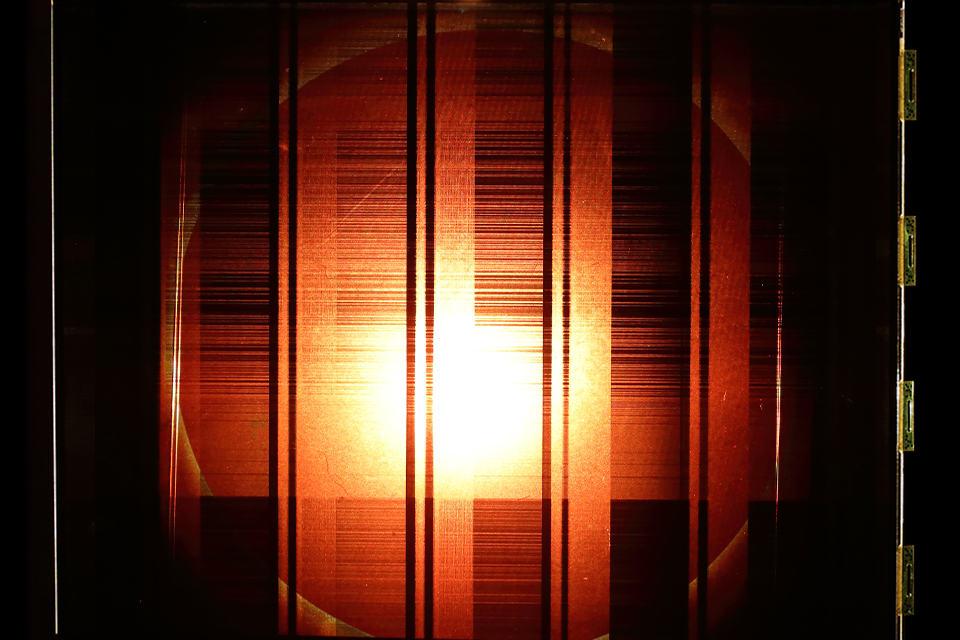 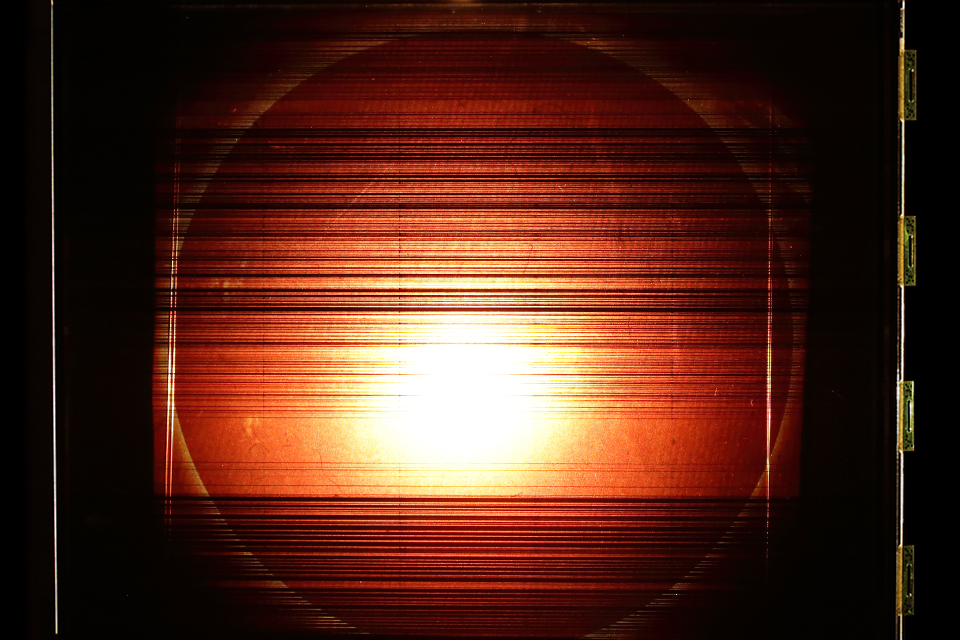